The nurse is a popular character in medical roleplay

Medical fetishism is a form of sexual fetishism in which certain medical procedures and medical settings are eroticized.

Typically, these are procedures that are normally experienced as embarassing and/or unpleasant, such as:

Sarah Chalke in a fantasy scene as a naughty nurse (who also gets spanked) on Scrubs.

Medical fetishists often enjoy roleplaying "doctor and patient" or "nurse and patient". This is the adult form of the well-known roleplaying games that are popular among children to playfully explore each other's bodies. Such games are usually played behind closed doors or in secluded places due to the fact that many children know such activity is taboo in many homes. Such play may include giving of shots in the buttocks, taking of rectal temperatures or the fondling of certain areas of the body. 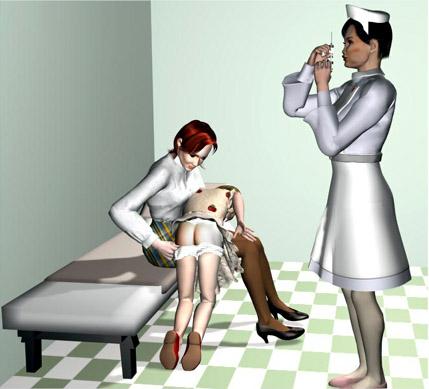